The PCC agreed earlier this summer to make a fresh start on the Living Stones (church) project and appointed a new Steering Group. Members of the group are Jeremy Davy, Chris Vane, The Rector, Jim Hannington,

The PCC judged work to the church roof was a priority given increasing evidence of its deterioration. The PCC asked the Steering Group to give immediate attention to this, with a view to applying for a grant from the Listed Places of Worship Roof Repair Fund which the government has made available. In addition the group was tasked with seeking a new architect as our current architect, Rex Butland, had indicated he could not commit to take on a project potentially several years in length, advising us to seek an architect who would be able to journey with us through the whole project.

The Steering Group meets on a monthly basis. In August it appointed an interview panel from its number and following research four practices were shortlisted and representatives invited to interview on 25th August. Following this thorough process the PCC has appointed the practice of St Ann’s Gate, Salisbury, to work with us: specifically with Louise Rendell as Inspecting Architect and Antony Feltham-King as Project Architect.

Four members of the Steering Group attended a seminar on 24th August for those wishing to apply to the Roof Repair Fund. Work has now commenced with a view to submitting an application by the deadline of mid-February 2016 along with preparing an application for a faculty from the Diocese.

We are delighted to announce that refurbishment of the hall  was completed in 2014. 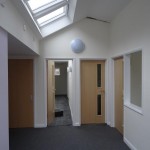 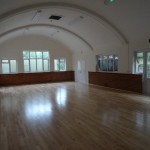 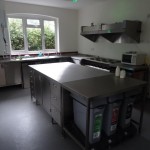 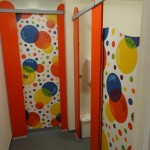 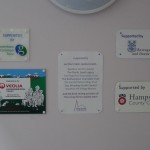 Our particular thanks goes to…